Free and Open to the Public

Youth Unstoppable: My Decade in the Youth Climate Movement

Director: Slater Jewell-Kemker (87 min)
Youth Unstoppable: My Decade in the Youth Climate Movement (formerly An Inconvenient Youth) captures the vibrant untold story of the global youth climate movement. Decisions made today are shaping the world they will live in, and they are no longer willing to sit idly as the planet is degraded for the short term gain of the older generations. Director Slater Jewell-Kemker has been interviewing celebrities and politicians about the environment since the age of ten, now she is telling the stories of these remarkable young people on the front lines of climate change. The feature documentary also gives life to a thriving online community, already forming, that will continue as a youth focused environmental social network. This is the story of the youth of today fighting for their planet, their future. 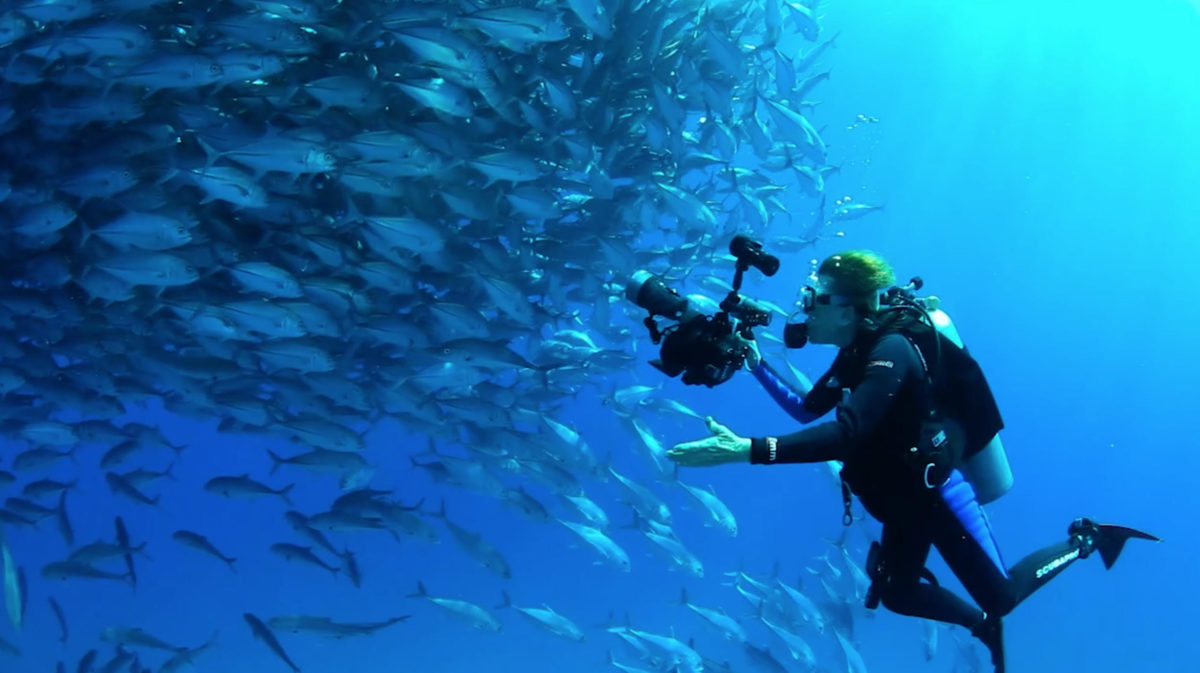 Directors: Sidney Beaumont, Michael Bonfiglio (77 min)
Narrator: Rachel Brosnahan
Paris to Pittsburgh brings to life the impassioned efforts of individuals who are battling the most severe threats of climate change in their own backyards. Set against the national debate over the United States’ energy future – and the Trump administration’s explosive decision to exit the Paris Climate Agreement – the film captures what’s at stake for communities around the country and the inspiring ways Americans are responding.

Director: Kate Brooks (92 min)
In this sweeping and sobering expose, conflict photographer Kate Brooks turns her lens from the war zones she is used to covering to a new kind of genocide – the killing of African elephants and rhinos. As the single-digit population of Northern White Rhinoceros ticks closer to zero, Brooks outlines the myriad factors contributing to the current epidemic of highly effective poaching and trafficking syndicates, drawing startling connections between the illegal wildlife trade, drug cartels, international terrorism and border security. But all is not yet lost – at the same time, Brooks documents the heroic efforts of conservationists, park rangers, and scientists to protect these animals in the face of seemingly insurmountable odds.

Living in the Future’s Past

Director: Susan Kucera (100 min)
Narrator: Jeff Bridges
What kind of future to we want to live in? Jeff Bridges presents this beautifully photographed 4K tour de force of original thinking on who we are and the life challenges we face. This film upends our way of thinking and provides original insights into our subconscious motivations, the unintended consequences, and how our fundamental nature influences our future as mankind.

Point of No Return

Directors: Noel Dockstader, Quinn Kanaly (95 min)
26,000 miles. Fueled only by the sun. Soaring at 28,000 feet without a drop of fuel, nothing is predictable. Not the weather, not the technology. And certainly not the fate of a man, alone for five days in a fragile, first-of-its-kind aircraft with nothing but ocean below.

Point of No Return takes you behind the headlines of the first solar-powered flight around the world—where two courageous pilots take turns battling nature, their own crew, and sometimes logic itself, to achieve the impossible. Not just to make history, but to inspire a revolution.

Director: Malcolm Clarke (92 min)
Producer: William Mundell
The feature documentary explores how the world’s two largest superpowers are racing towards economic and political conflict, yet find themselves undeniably linked and interdependent by the new reality of global economic rivalries and cultural ties. The film captures the compelling personal stories and ideological challenges of why these two countries have the world’s most important relationship.

Director: Roger Sorkin (37 min)
American Resilience Project’s new film series and associated outreach campaigns tackles the challenge of how the utility, auto, tech and defense industries can help modernize the aging power grid to make it more secure and responsive to the needs of its users, while enhancing environmental performance. With a focus on national security, economic prosperity, and environmental justice, the films and campaigns will show how the nation can embrace smart policies and investments that support grid modernization through distributed renewable energy generation and the development of an electric vehicle infrastructure.

Once Upon an Island

Director: Steve Lichtag (73 min)
Narrator: Pierce Brosnan
Impressive family film offers a unique stories of the wonderful animals who inhabit the Aldabra atoll, were born here, create communities, give birth to young and struggle for their survival. This is the story of one of the most incredible places on our planet, Aldabra as told by the amazing creatures that inhabit it. Imagine a pristine island, untouched by man-kind, that rises from the depths of the ocean, only to be swallowed by the sea again. Giant land tortoises swim for their lives through shark-infested waters. Turtle babies make a dash for the open sea. The words largest terrestrial crabs scale palm trees to harvest coconuts. Flightless birds bully the locals. The most ferocious tides in the world carve gravity-defying sculptures out of coral and limestone. All of these awe-inspiring creatures co-exist on the world’s second largest coral atoll as it was 5,000 years ago, before it vanishes beneath the waves as it has on at least six occasions in the past.

Director: Michael Shaun Conaway
We live in a world of outrageous pain. We are challenged by extinction level problems. Everywhere we look we see unbearable suffering. In the face of pain we close our hearts.

We also live in a world of outrageous beauty. Everyday, we see acts of kindness, generosity, courage and creation. The only response to outrageous beauty is outrageous love. We are living in an extraordinary time when a small group can make a difference in the lives of a billion people.

We stand at the tipping point of a new future.

All around us, people are rising up, taking matters into their own hands, committing acts of outrageous love, and daring to reshape the world. We are creating the future we want, a world that works for everyone.

We are evolving the source code of evolution.

Now the question is: What will you do?