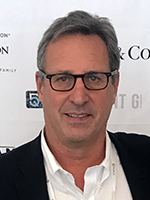 Chip Comins is a renewable energy and clean technology expert and serves as Chairman and CEO of the American Renewable Energy Institute (AREI) and is the Founder of AREDAY. He is President and CEO of American Spirit Productions and Managing Director of WEnergy. Comins focuses and connects climate solutions in a Climate Constellation of implementation, acceleration and replication locally, nationally and globally. In 2009 he produced 13 official side events at the UNFCCC COP 15 in Copenhagen, Denmark and presented at COP 16 in Cancun, Mexico in 2011; COP21 in Paris, France in 2015 & COP22 in Marrakech, Morocco in 2016.

Comins has produced and directed both long and short form documentary films for educational and broadcast television markets, including PBS, Link TV, BET and Discovery Network, the National Renewable Energy Laboratory and DOE Wind Powering America, A long-time advocate of developing and implementing renewable energy resources to abate green house gases and climate change, Comins encourages a business approach to solving both the economic and environmental crisis. Comins completed the 16th Annual AREDAY 2019 Summit in Aspen/Snowmass CO featuring over 175 globally renowned thought leaders in clean energy and sustainable solutions. In 2020 he hosted the AREDAY “Democracy and the Vote” virtual series and continues to advocate for rapid climate solution within the new Biden/Harris Administration.

Gordon Fuller, President, American Renewable Energy Institute (AREI), is known as a visionary social entrepreneur. He is Co-Director of the Inclusive Cities Lab, a global think-tank supporting governments and companies in the implementation of legal mandates for inclusion and diversity. He mentors graduate engineering and computer science students with UC Berkeley College of Environmental Design, developing artificial intelligence, augmented reality, and spatial computing to address environmental challenges. He has developed market driven business solutions in ventures in which he served as company founder, CEO, president, board member, advisor, and mentor. His career reflects vision, creativity, experience, competence, and confidence underscored by personal commitment.

Gordon is a Co-Founder and Chief Innovation Officer of Sustainable Environmental Mobility Platform (SEMP), where he is designing inclusive smart distributed power management and ridesharing mobility solutions for smart cities. Gordon is an inspiring speaker, Award winning television producer and social media influencer with a communitarian message. He credits his experience with blindness as launching his career as an environmentalist, tech entrepreneur and community-minded diversity and inclusion advocate.

Inspired by the words his Great Uncle R. Buckminster Fuller, and growing up in his shadow, Gordon Believes Bucky’s quote: “You never change things by fighting the existing reality. To change something, build a new model that makes the existing model obsolete.” has never rang more true than it does today. Gordon joined the AREI Board of Trustees in the Spring of 2021. 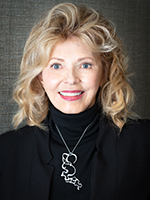 Sally Ranney President, American Renewable Energy Institute (AREI); CoFounder, International Women’s Earth and Climate Action Network (WECAN), has forty years experience in the environmental arena. She is CEO of Stillwater Preservation, LLC, a wetlands mitigation banking company and a Patron of Nature for the IUCN. Ranney is Chairman of eraGlobal Alliance and an anchor for “A Matter of Degree,” an internet series on climate change. Ranney has worked with three U.S. Presidents, including appointed by President Reagan to his Commission on American Outdoors. She now serves on the Global Advisory Committee of Women & the Green Economy (WAGE,) the Advisory Board of RoundRock Partners, LLC. and the board of the Climate Accountability Institute. Recognitions include the Horace Albright Award, the International Conservation Award, Earth Guardians’ Earth Stewardship Award, and the Children’s Environmental Literacy Foundation (CELF) Lifetime Achievement Award. 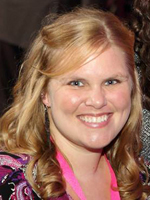 Kristen DeMay, owner of DeMay Designs llc, has spent the last decade as a graphic and web designer. She spent a few years out in the Roaring Fork Valley and that is how she became involved with AREDAY.  A Michigan native, Kristen graduated from Michigan State University and after a short stint in education found her true calling using her imagination and computer skills in the mountains along with her Yorkie Tiki Bob.

Her role on the AREDAY team is to complete print materials (such as the program, newspaper ads, banners…), and assist with any other design and program needs, the team utility player. She is thrilled to be involved with AREDAY and looks forward to seeing how the event evolves and grows each year. 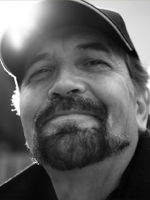 Barclay Lottimer has been involved in more than 50 theatrical productions on stages from Europe to Los Angeles.  He has developed and produced motion pictures and television productions in Hollywood for Disney, MGM, Columbia, CBS, Warner Bros., Paramount, Orion, Lorimar and others.

Throughout his career, he has lectured frequently at universities nationwide on topics that include strategic marketing, promotions, finance, and developing, producing and distribution of media projects.

Sue Winters, owner of SageTurtle Design, a custom website design company based in Santa Fe, NM with clients in Europe, South America, and the U.S.

With 40 years experience in visual communications as a freelance photographer, Sue has documented numerous environmental symposiums in the Aspen area, and currently is designing custom websites for artists, alternative medicine practitioners, and environmental non-profits.

Sue is currently creating email marketing campaigns, and assisting in the organization and production of the AREDAY Summit. 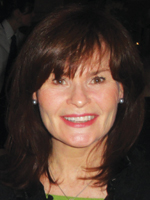 Previously she served as Director of International Development and Associate Group Publisher for New Hope Network, the international communications leader in the natural products industry. Key leadership for international events spanning three continents includes: the Natural Products Expos, the Citizens Summit at the 1992 Earth Summit in Rio de Janeiro, Mayors for Peace, UN events. Hall consults with the American Renewable Energy Institute (AREI) for Business Development & Marketing and is on the Board of the Environmental Education Fund. 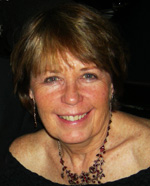 Jeanette Darnauer is founder and CEO of Darnauer Group Marketing + PR, an Aspen-based, strategic communications firm providing community relations, public affairs, media relations, brand positioning and consulting services for the travel and tourism, resort real estate, public, professional and non-profit sectors since 1991. The firm has special expertise in the fields of environmental sustainability, arts and culture, and aviation. Their strategic and creative ability has been recognized with 50 national and international awards.

The agency created the logo and launched the successful fund raising efforts for the Presidential Climate Action Plan. They have been involved with numerous sustainable development projects and environmental conferences. For eight years she handled all communications work for Amory and Hunter Lovins at Rocky Mountain Institute. She staged Washington DC press conferences on their ground breaking work and successfully produced national book tours for their first Green Development book. In 2009, the firm joined the invitation-only Public Relations Boutiques International, a prestigious network of national and international public relations firms. She holds a B.A. in Mass Communications from the University of Denver and has worked on a Master’s in Filmmaking at the University of Oklahoma.